FAT OUT FEST AFTER PARTY

PCM were formed in 1990 by Neil Harvey and Nik Wells in Birmingham. Starting life as PCM Soundsystem, they began hosting parties in warehouses and empty buildings in the B’ham area and travelling to free festivals and outdoor parties with their sound. Playing an eclectic range of music from acid to hardcore to early jungle and often performing their own material live which they will be doing for you at Fat Out Fest this year.

After a nationwide clampdown on illegal parties in 1992, PCM started the infamous "CHAOS" club at local venue, the Moseley Dance Centre later moving it to the Circus club in Balsall Heath. The club ran till ’96 and achieved near legendary status as a mecca for those who liked their drum n bass dark and heavy. This will be the ideal way for all the Fat Out Team to finally relax and party our ways into the night.

With themselves as residents and playing hosts to guests such as Hyper On Experience (moving shadow), Dj Edge (edge/rabbit city), Ratty and Fallout, the club ran till ’96 and achieved near legendary status as a mecca for those who liked their drum n bass dark and heavy, they soon built up a large following in the emerging underground dance scene in the Midlands. 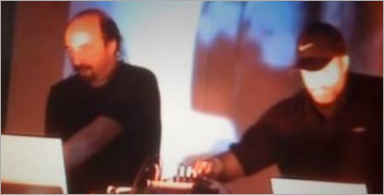