In collaboration with Cacophonous Sarcophagus (Bristol)

WERK (I HATE MY RECORDS)

Lumisokea is a Belgian-Italian duo, formed by Koenraad Ecker and Andrea Taeggi. Their music is at once highly physical and rich in texture, using both acoustic (cello, prepared piano) as well as analogue hardware to create a dark and introspective listening experience. Their influences range from dub to noise, bassmusic, techno, musique concrète and contemporary classical music, while remaining focused on the key elements in their music : to induce trance-like states, to move bodies and to emphasize the tactile qualities of sound.

To strengthen the impact and concentration of their live-shows, Lumisokea have created a visual side to their musical performances together with Yannick Jacquet (Legoman), a well-respected video-artist, known from his work as a founding member of the antiVJ visual label.

Since the end of the 90s, Laurent Jeanneau, has been recording the music of mostly endangered minorities of South East Asia. Performing as Kink Gong, his record label is an outlet for his untouched field recordings dedicated to unknown ethnic minority music and their mutant electronic transformations. He also releases transformed, collaged, recomposed versions of the original recordings into experimental soundscapes through Discrepant Records, as well as being the go-to man of the region for Sublime Frequencies.

Conor Thomas is a DJ based in Manchester, where he also promotes the Faktion events and co-runs The Death of Rave and Boomkat Editions labels.

As a DJ and promoter Conor has been spinning throughout the city for the past 10 years and fully immersed in the city's music scene, playing the full spectrum of electronic and dance music. His Faktion events have brought forward-thinking and innovative acts from around the world to Manchester, including Omar Souleyman, Hieroglyphic Being, Anthony Shakir, Rashad Becker and Shangaan Electro. Conor’s sets as Faktion’s resident DJ are always a highlight of the night, with their crucial mix of classic techno, italo disco, EBM and electronic curios.

WERK (I HATE MY RECORDS)

H.U.M occurred the first time, one earthly rotation ago on Virgina Woolf's estate, Wiltshire, UK. A hermetic installationand a synergetic triangle formed, and just as soon departed. In successive breaths they re-formed and played gigs and sessions in London and Bristol tuning in to each other's sounds and harmonizing to each other’s vibrations. They dreamt up a series of tours and adventures and went to Switzerland for an equinox ritual then France and back to the UK and then on to Europe. Initiations, rites and magical conjurations were performed. They spontaneously develop telepathic sensing and heightened perceptions. And so, they pursue further collaborations emanating and exchanging vibratory energies, improvisation serving as a catalyst for expressive connection with the universal creative energy. It is the vibratory force in motion which echoes between macro-microcosmos; the music of the Spheres, harmony of the worlds, As a trinity, rriad and triangle they construct, sustain and deconstruct sounds and processes, harness intuition, geometry and Symbolism. A new space, new sounds, new systems, possibilities, exploration and performance becomes a site specific ritual where emotion and thought collide and integrate. They flow with the vibration and blow with the cosmic winds, they confirm, combine, and concoct the elements. 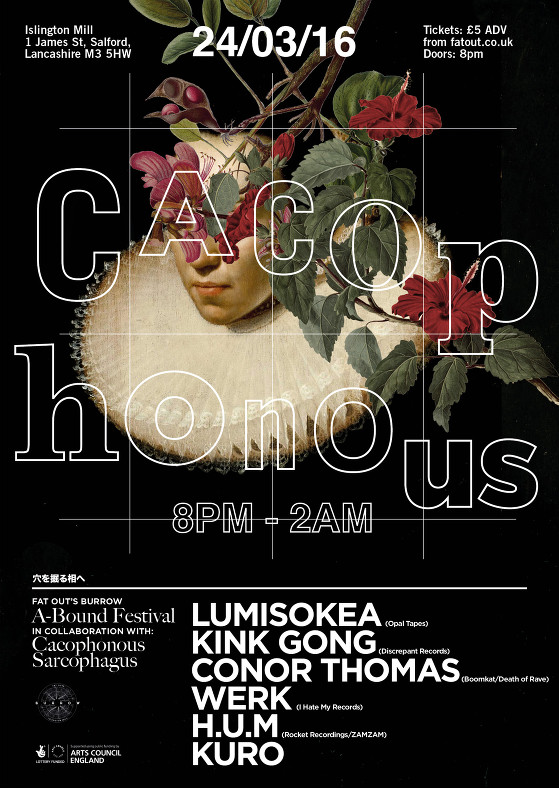